Reading a Map: Latitude and Longitude (8+) 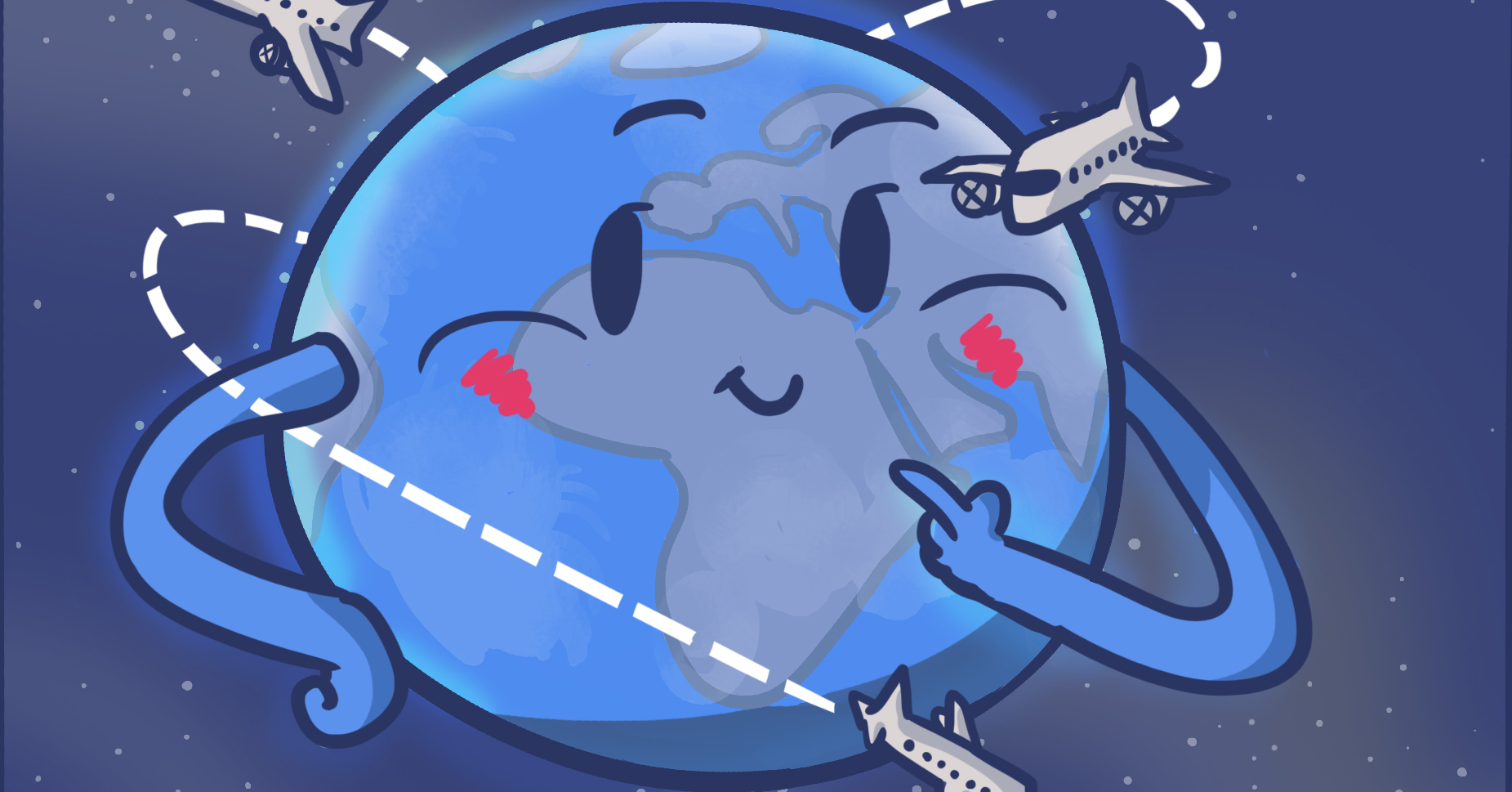 As we found out in the previous lesson, health issues involve a variety of factors. Looking at data can help you find patterns in health issues, and which factors might be causing them.  Maps can be a great way to analyze data.

Imagine that you wanted to tell someone where you live, but they don’t know anything about Canada. That means you can’t say something such as “50 kilometers away from Toronto”. What would you say?

Explain where you live to a partner, without using street names, city names, or landmarks. Your teacher may ask you to share your experiences. It is surprisingly hard to do!

What we need is a system that points to a specific location on a map. Geographers use a system involving lines that are called latitude and longitude. These imaginary lines break up the whole world into sections, both from top to bottom (north to south) and from side to side (west to east), using degrees as a measurement. These lines make up a grid, so that if you know the location of the grid, you can find the location on a map. 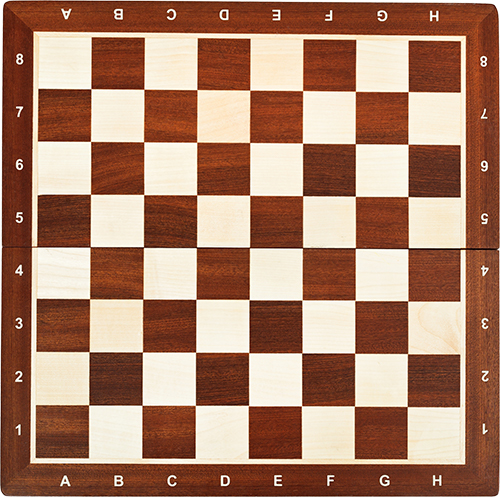 Notice that the lines that go up and down are named after the alphabet, and the lines going left to right are named after numbers. By finding where the two locations intersect, you can identify a specific location. For example, to find B6: 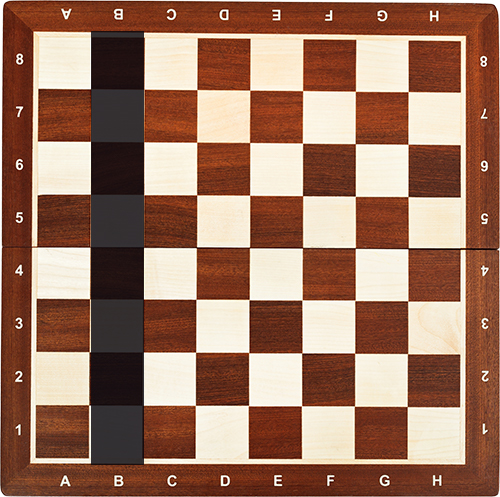 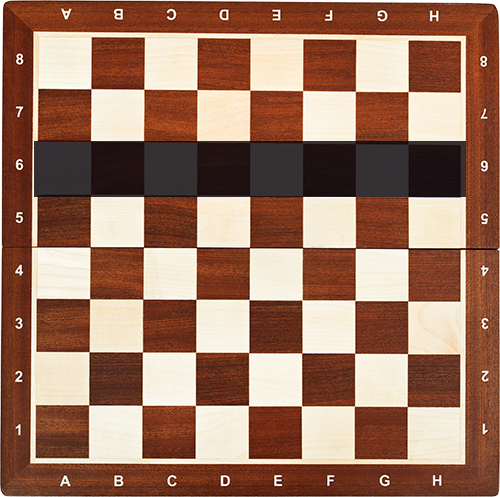 Where the two meet is B6! 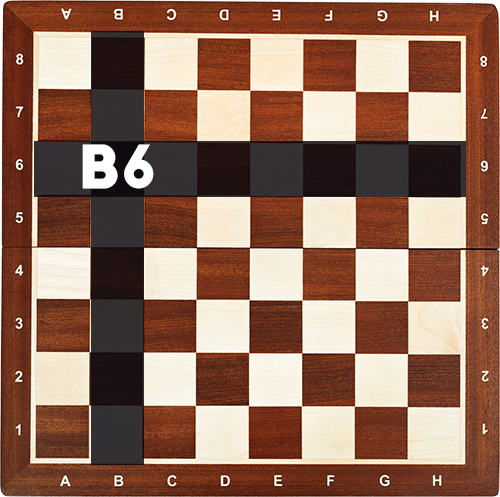 Maps work the same way as a chessboard. In fact, these grid systems are often used in games too! Games like Fortnite or Apex Legends, have huge maps. That’s why sometimes their maps have similar lines. Here’s an example from Fortnite. 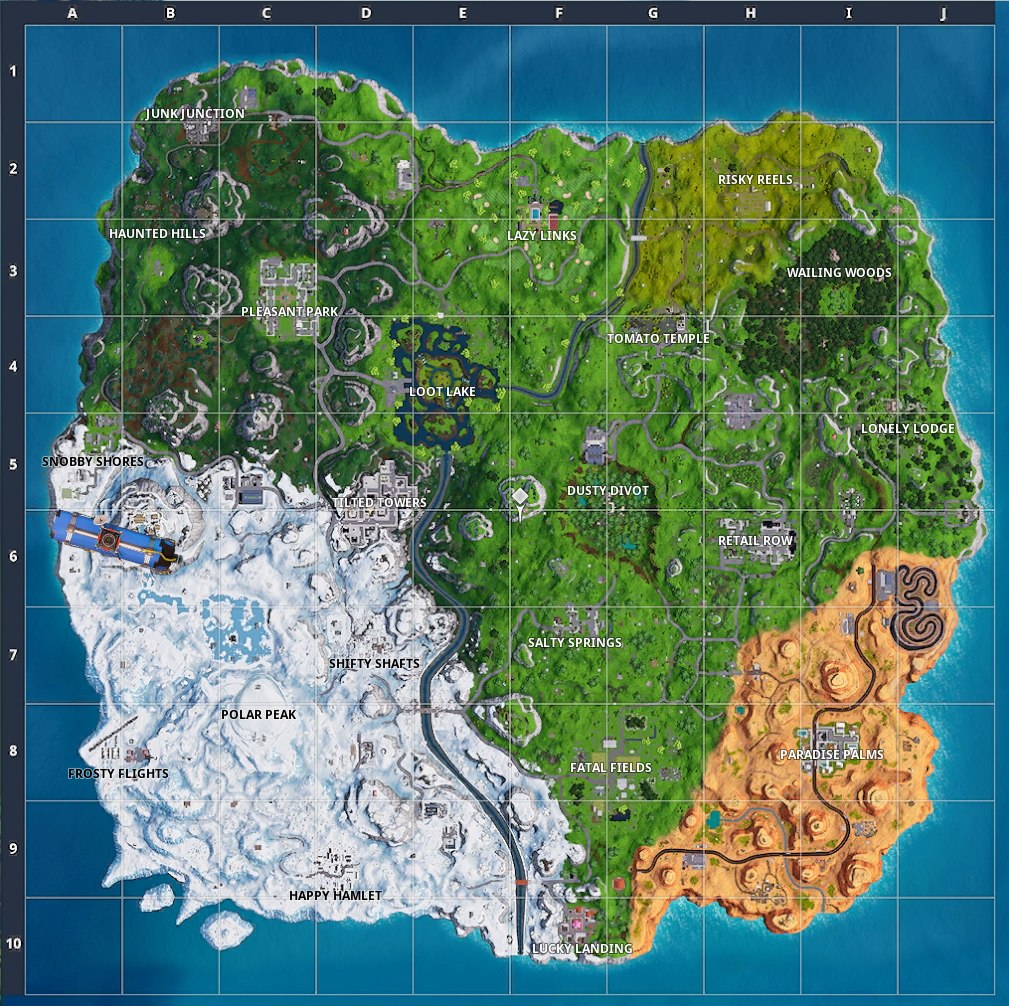 Using this system, anyone can instantly find a location on the map. Where was Marshmello’s huge Fortnite concert? C3!

(You might notice that the number rows are a little different from the Chessboard, but that’s because they use different standards!)

So how do we use the grid system in real life? The column named after the alphabet is called longitude. The row named after numbers is called latitude.

But the world isn’t flat, it’s a globe!

Unlike flat maps, the world is a big globe. We still need to keep the basic lines the same distance from each other (like the chessboard, where each square is equal size). This means that you need to divide a circle into equal parts. Think back to math classes, and how you would cut a piece of cake into equal portions. To do so, you need to divide the circle in specific angles, which are measured in degrees.

This is why geographers use degrees as a measurement on maps (instead of ABCD, or 1234).

The next challenge is that in order to create a grid, geographers need to all agree on a line as the start of the grid (the A or the 1 on the chessboard).

The equator is a line running east and west on the middle of the earth (Or the ABCD row on a chessboard). This is the starting point for latitude, and latitude 0 degrees is right on the equator. Here’s where it is.

The prime meridian is the line running through London, England, perpendicular to the equator. This is the starting point for longitude, and longitude 0 degrees. Here’s where it is.

Anything to the right of the prime meridian is measured by the degree and east (or just E, or sometimes with a minus sign).

Anything to the left of the prime meridian is measured by the degree and west (or just W).

You can review what you've learned by watching the video below!

1 - This is a climate map – it shows the average temperature during the summer months. The redder an area, the hotter it is. 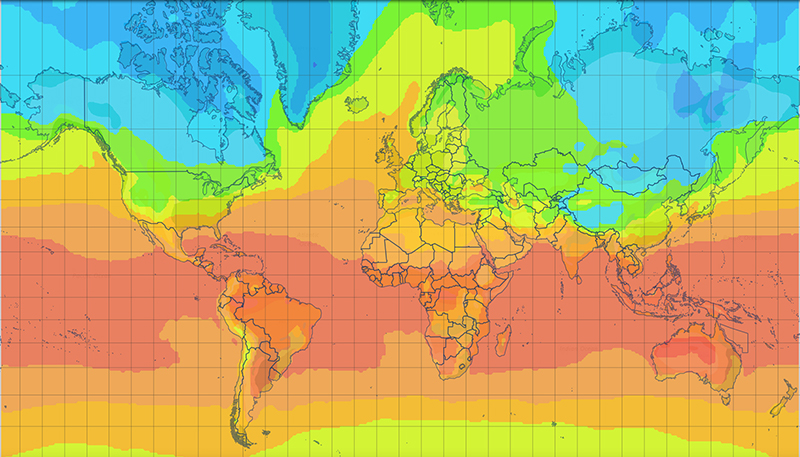 2 - Malaria is a very dangerous disease that can cause fever, headache, kidney failure, and even death. It is spread by certain mosquitoes that live in warmer climates. This map shows the places that reported malaria cases in 2017. 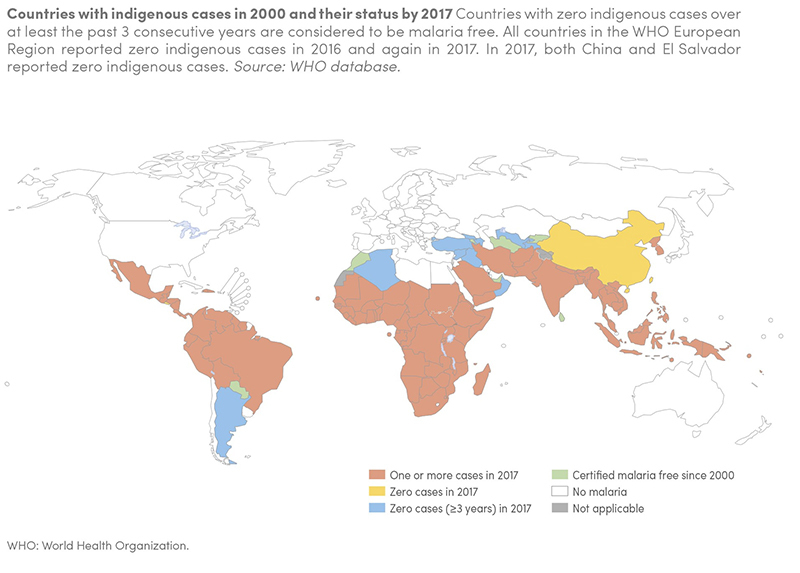 3 - Gross National Income (GNI) is a way to measure the income of a country, or how “rich” or “poor” a country might be. On this map, the darker the colour, the higher the GNI, and the richer the country. 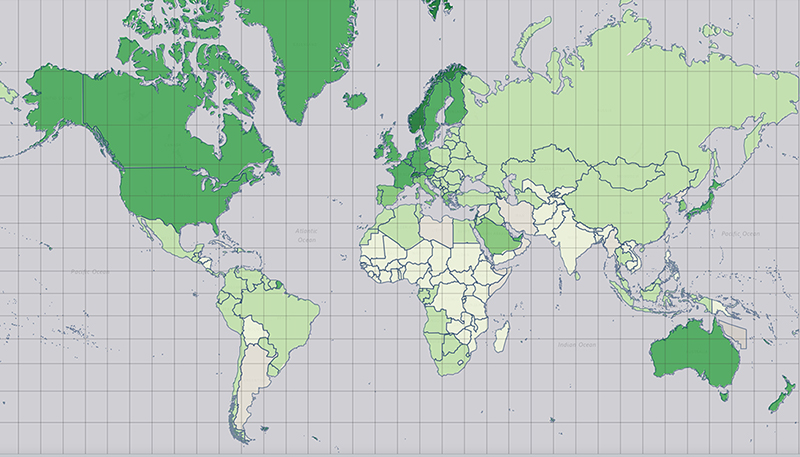 4 - Diabetes is a serious disease and one of the most common chronic diseases in Canada. It is a disease in which the body can’t process sugar. This can cause damage to organs and limbs. It is on the rise in Canada, with one in eleven adults in Canada suffering from diabetes. This map shows the prevalence (number of sick people) with diabetes in each country. The darker the colour, the higher the percentage of people with diabetes in that county. 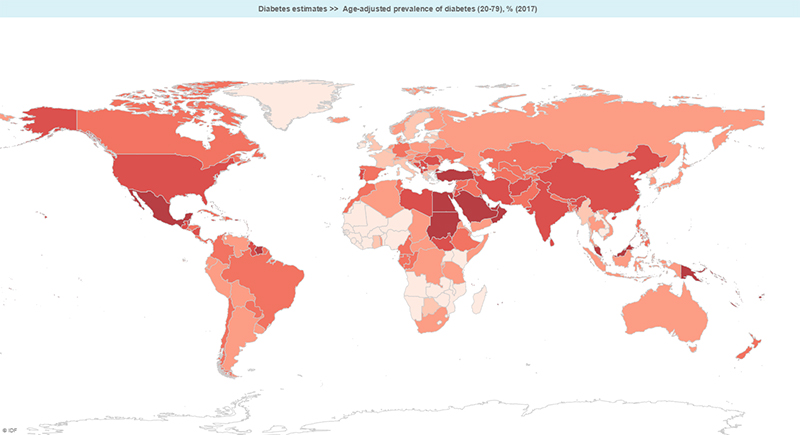 5 - Finally, take a look at this interactive map from Gavi (a group we’ll learn about later). It shows the areas that have had reported cases of vaccine-preventable diseases. These are diseases that can be prevented if you are vaccinated. In other words, if everyone was able to get vaccines and be vaccinated, this map would be completely different! Compare with the other maps. Can you see any patterns?

This was just one of the lessons in our Global Community section. There are over 60 lessons on Kids Boost Immunity just like this one on a variety of subjects. Each lesson includes a quiz, and every time a student scores 80% or higher on a quiz, we will donate life-saving vaccines to UNICEF Canada. Sign up now!